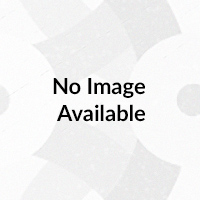 Buy MDMA Test Kit for $14.95
Posted by
August 8, 2016
Date Submitted
sammy dog
Description
I'm not very good with metric system being on the other side of pond, (or measurements in general) but would say height was about a 1/2 inch, equaling 12 mm As it is a diamond, the top part is biggest width, I'm guessing a 1/4 inch, 6 mm, and getting smaller near point of diamond.
The are imprinted lines that mark a diamond shape.
Logo
No logo
Colour
Blue
Shape
Diamond
Height
12.0 mm
Width
6.0 mm
Texture
Very hard, very difficult to crush
Edges
Smooth in diamond shape
Suspected Contents
MDxx
Rating
MDxx Low
Warning
No
Tested
No
Consumed
Yes
User Report


I know from being an older person who consumed MDMA in the 80's before it was even illegal, that this is not pure MDMA. I will first relate my experience and then relate what I experienced taking it many years ago.
I crushed up the pill and snorted it. It was a task. I took it at about 10 pm. It started to it me within about 15 minutes Felt happy, some euphoria, but not overwhelmed with love and hugs feeling and that the world was truly a good place made up of really good souls. I felt energized to explore the streets. Wanted to get out and meet people I was traveling alone in Zagreb and knew I shouldn't be sitting alone in a hotel room.
I went out and the streets were empty due to rain. I found one little kiosk/bar in a square that still had it's lights on. I needed a beer. They were closing up but gave me one regardless Then the owner sat down and began talking. I was very talkative and outgoing. Like if you did some really good coke (I mean Nicaraguan purity when they find a kilo off the Columbian boats that dump it, about 90 or more purity, mixed with a little extra love. I ended up talking to these two guys at this table in the most intense, great conversation. I wasn't bugging out or hallucinating at all. Just felt like I had a good connection with these people. And they were not doing any drugs. The next thing I knew, the sun was coming up. It was 5:30 am. The effect had pretty much gone by then. I can't remember if I went home and did another 1/4 pill or not I slept until 3 pm. On the consecutive days, I woke up, snorted 1/2 a pill, got some energy and felt better, then did other half and went out. I didn't have the same experience, perhaps just because didn't connect with anyone for a good experience I was able to eat a little after taking it. I made myself because I hadn't eaten the day before. Again, wandered around, listened to music and since I had no one to really talk to, did a lot of catching up on writing about my travels. It was definitely introspective and positive writing. I did feel inspired. I found myself going back to hotel to do more after just a couple hours to maintain high. When I would get back to hotel when night was over, would do more just to feel the goodness again and stay up writing till 10 am or so I had 5 pills and did them all in less than 72 hours. So, overall, good experience. Not crazy intense by any means. Eyes not dilated, no nausea, sweating or major jaw clenching. I had inhibitions and was not about to hug people I didn't know. I think there is probably MDMA in this, but mixed with I don't know what else. I have been trying to research it to figure out. Would love anyone who is still active in scene and knows about effects to shed light on what it might have been. Not a lot of speedy feeling, so guessing not meth. If there was, it was very little.
And here is my comparison story with real MDMA:
From my experience with MDMA, it creates an extremely euphoric feeling, like nothing else you have ever felt You want to kiss, hug and save every person that you see, even the most scary looking, down and out individuals. Your feelings of empathy are unbridled. You want to tell everyone that it's going to be ok, and wish they could feel and see the peace and beauty of the world as you do. Evil does not exist, only love Your pupils are very dilated, causing light to be intense and entrancing and mild hallucinations, distortions You could drink 80 beers or whatever and never feel it. That's why it's so dangerous. You think everyone is good-looking and you want to sleep with them. (Then you see a pic you took of them the night before and think, "WTF was I thinking?" LOL. Also, experience nausea upon taking it. I have vomited several times after taking the real stuff.
Frankly, the last time I was able to find really good MDMA was on New Year's Eve, 1999 in Baltimore. Hell, I was hugging people who I know were serious from the hood and packing heat and didn't even care. I was going to show them love. It was amazing
Ever since then, when I have tried so called "molly" while sometime ok, has never matched it. Most of the time, sold bunk. Yeah, I'm old now and not really in the scene anymore, but I did a lot of festivals up until a few years ago and never ever have I done the quality of the 80's and 90's. Can anyone tell me, is it still out there?? Or is it all just this bath salt, meth and god knows what else they put into stuff? I am going to post another report of what I just took here in Florida. The kid who got it is young and convinced it's molly. I said, no way. I don't think he's ever taken real MDMA. I think it's meth and ordered a test kit to see. I don't want this kid out there selling meth or who knows what else as molly. People need to know what they're selling and consuming and people need to know what a good roll really is. Any comments completely welcome and encouraged. Thanks!

Tried one, had no euphoria or empathy, just kept dancing for 6 hrs straight.
there are amazing pills in ZG. molly is cut tho, don't know if you can find pure mdma

@luminescenttrucker: Pure MDMA has for 15 years on the market, this all replacements, as well as replacement cheese, it is cheese, but it's not the flavor :-)